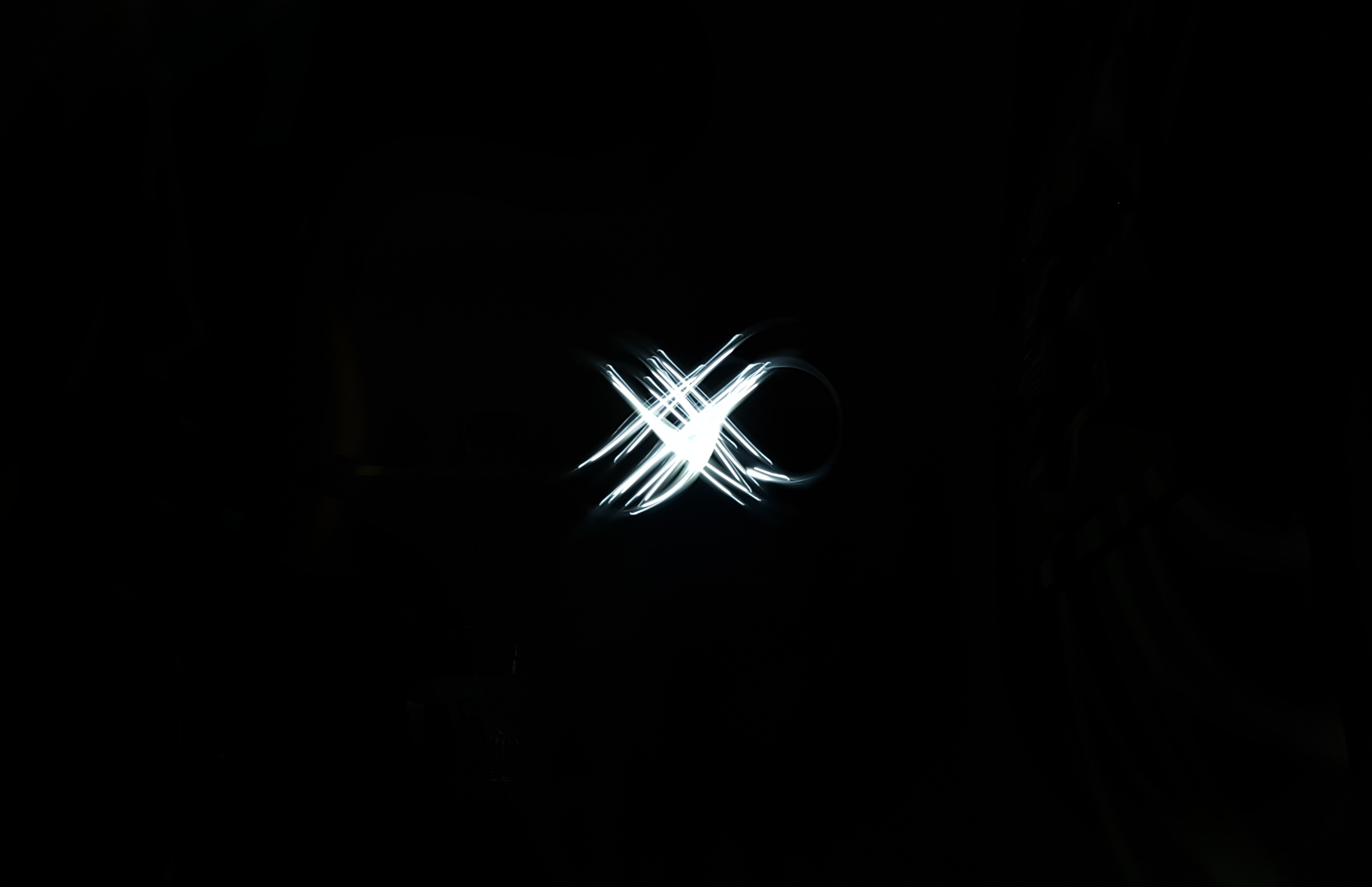 The world recently witnessed a great equalization where structures are flattening. Globalization has linked an incredible number of people together, the vastest number this planet has ever seen. Social media has given each one of these monads a voice, a say, and a chance for an opportunity. The former uses the power of momentum and inertia, while the latter has become a marketplace for the most influential idea to emerge and to compete. Together they produce the phenomenon of online social movements, allowing revolutions to become accessible, responsive, and even easy.

What would have been exponentially more difficult in the past, today these movements have become trendy today. Whether it be the Arab Spring or the election of the first African-American president of the United States, they have toppled, changed, or diverted the trajectory of governments and institutions. These campaigns range from international politics (JeSuisCharlie) to medical research (ALS fundraising) and racial injustice (BlackLivesMatter) to economic disparity (OccupyWallStreet). These phenomena would not have been possible with rapid speed or frequency, if it weren’t for a globalized world and the multitude of social media platforms.

One such campaign that has swiftly gained influence within the last year as well as affected nearly all spheres of society is the #MeToo movement. It has spread internationally to 85 different countries.[1] In the worlds of the military, academia, business, technology, government, religion/church, athletics, film, music, entertainment, and even the media itself, there is a desire to demonstrate the prevalence and virulence of sexual violence and harassment. From magicians to news anchors, new names are headlined nearly daily for their allegations and abuses. Even Time Magazine’s Person of the Year 2017 was “The Silence Breakers,” a group spearheading the movement either by drawing attention to it or being one of the first to share their experiences of sexual assault/harassment.[2]

Because of #MeToo, punitive measures against the culpable range from immediate resignation to legal action and incarceration. In one prominent case, the judge had the violator listen to more than 150 testimonies of his victims.[3] Indeed, a great equalization has occurred and continues to happen. In environments and worlds where deviant sexual behavior was once tolerated, social movements like #MeToo are calling for change where these atrocities can be prevented and the once weaker and voiceless can be protected and heard.

However with respect to the effect of these phenomena, there is a glaring limitation to these online social campaigns. While they are powerful in raising awareness and enacting change, the same qualities of being global and online also constrain them. There is a function, which digital movements cannot do, that extends further, protects better, and remains longer. Rather than global and digital, it has the opposing qualities of being local and working personally one-on-one.

This movement is found after the introduction of Jesus in the Gospel of John. The author immediately posits two testimonies, one in chapter 3 and 4 each. John 3 contains the story of a man. John 4 contains the story of a woman. John 3 is about Nicodemus, a glorious name which means the “victor of the people,” and mentioned two more times in the book. John 4 is about an unnamed woman, not found elsewhere in the gospel narratives. John 3 happens during the darkest part of night, while John 4 happens during the hottest part of day. Nicodemus is from the upper class and a ruler of the dominant party, the Jews, while the woman is from the lower class and a part of what modernity would call a minority. Nicodemus comes to engage Jesus while in the second testimony, Jesus is engaging the woman. The former takes three years to be converted, while the latter takes the total of three days to be an effective missionary.

Though these stories have been analyzed throughout the centuries from different angles, what is glaringly obvious is regardless of where individuals are on the spectrum of social-economics, Jesus engaging one-on-one with these two extremes is teaching us that we also need an individual encounter with Him. Whereas previous generations relied on institutions, structures, and membership for religion and spirituality, modern generations rely on technology, access, and networking. Though both have different pros, they have the same con—they cannot substitute the one-on-one experience with Jesus Christ. Corporate experiences, community initiatives, and digital movements excise the individuality, intimacy, exclusivity, privacy, accountability, and familiarity that comprise a real, spiritual relationship with God.

These two accounts, as different as they are, also reveal that they are still dealing with the same problem of shame. This is what makes a prominent and powerful theo-political leader sneak around under the cloak of darkness at night. He is ashamed of what others might think of his approach of the uneducated and unestablished Jesus of Nazareth. Shame is what makes a woman avoid the gossip of other villagers (who collect water during cooler parts of the day) and collect water at the hottest time, the sixth hour, or noon (John 4:6). Shame makes us do some weird things and then it makes us avoid shame itself, thereby not being able to nail it down.

“Shame derives its power from being unspeakable. That’s why it loves perfectionists—it’s so easy to keep us quiet. If we cultivate enough awareness about shame to name it and speak to it, we’ve basically cut it off at the knees.Shame hates having words wrapped around it. If we speak shame, it begins to wither. Just the way exposure to light was deadly for the gremlins, language and story bring light to shame and destroy it.” – Brené Brown[4]

Jesus identifies shame for both souls. At night, Jesus customizes a personalized message for Nicodemus, speaking about shame in terms of light, darkness, and not being able to see, walk, enter, and discern. At noon, He also customizes a personalized message for the woman, speaking about shame in terms of water, thirst, husbands, the Messiah, and worship. Jesus points out the shame that both are blind to.

Human beings place our self-identity on these social categories. “I am a powerful man.” “I am a powerless woman.” “I am….” Rather, Jesus says to place our identities in relation to Him, not other people, even ourselves. As Creator, Redeemer, Messiah, Lord, and God we are to redefine ourselves with Him as the starting point. “For God so loved the world, that he gave his only begotten Son, that whosoever believeth in him should not perish, but have everlasting life. For God sent not his Son into the world to condemn the world; but that the world through him might be saved” (John 3:16, 17). “Salvation is from the Jews” (John 4:22). This did not mean cultural superiority, but Him—as she had previously declared, He is a Jew!He was now here! (John 4:23). “I that speak unto thee am He!” (John 4:26, bold provided).

“For the scripture saith, ‘Whosoever believeth on him shall not be ashamed’” (Rom. 10:11).

For without Christ, we are merely pointing out wrongs, preventing social evils, but no heart change occurs. For some this change will be instantaneous, while others it will take three years. At his first encounter, Nicodemus was ashamed of Jesus before the people. In the second mention of Nicodemus in John 7, he grows to eventually being unashamed of Jesus in front of the leaders. In the third mention of Nicodemus in John 19, he is fully unashamed of Jesus before all the people. Fully healed of his shame, Nicodemus is emptied of self and eventually empties his influence, his power, and his reputation for the early church. Through this heart change, the early church is sustained. This is a power and effect that no digital movement can compare with, all starting from a one-on-one encounter with Jesus.

While social movements are seeking to enact change on this world, biblical Christians are called to enact heart change that has ramifications for the world to come as well. This does not disqualify the former, but seeks to ameliorate it by adding physical, mental, emotional, and spiritual healing that only the one-on-one brings. While we should stand at the forefront to rectify injustices and to protect the vulnerable, let us not forget the one of the most powerful movements that capitalizes on both the one-on-one and global effectiveness—the Spirit-led, Bible-based, Christ-centered gospel movement of the three angels’.

November 2018 — How Thanksgiving Can Change The World

Through a short meal, the world can be changed, one invitation at a time. This is the gospel in action.