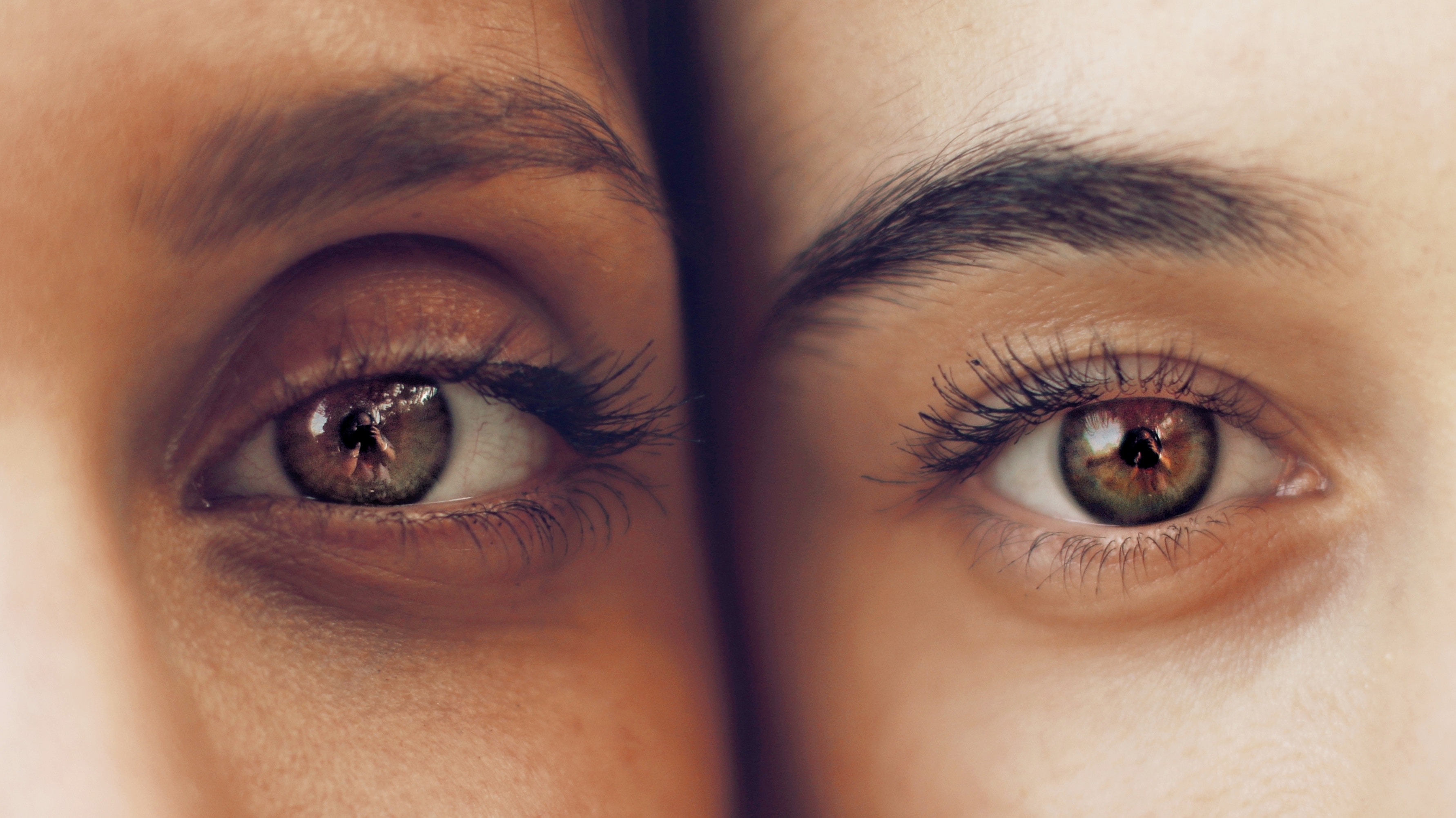 Not everything in Scripture is normative. In other words, just because it’s in the Bible doesn’t mean it’s allowed. Polygamy isn’t justified by David’s narratives. Murder isn’t justified by Moses’s actions. The mention of slavery isn’t its justification in Paul’s letters. These narratives are contextually meant as admonitions, not licenses. If anything, our only normative example is Jesus Christ (1 Pet. 2:21).

Among some of these warning passages, there is a special group that frankly disturbs us. These stories freak out parents, make pastors sweat, and are ridiculed by the Bible’s critics. These are the sections that children’s Bibles leave out and that shock those that come upon them for the first time, appalled that the Good Book contains something so bad.

One such account is found in Genesis 19:29–38. After Sodom and Gomorrah are destroyed, Lot and his two daughters survive the ordeal and hide out in a cave. The two daughters fear that their heritage may not survive and resort to incestuous means to produce the next generation.

While the wickedness of Sodom and Gomorrah was disturbing enough, the actions of Lot’s daughters were just wrong. The destruction of Lot’s society was sobering, but what happened inside his own household was equally disheartening. How did this happen? How did Lot, that righteous man (2 Pet. 2:8), raise daughters who did such unrighteous deeds? Perhaps there are insights in this passage that shed light on how young people, regardless of time period, shirk godly influences and end up in circumstances they thought impossible.

The phrase that there is no one “in the earth” who will do what people “of all the earth” do is used twice.Talk about hyperbole! Evidently, Lot’s daughters had lost all hope so they took the alarming initiative to rectify their apparent conundrum.

Whether they were being uber-dramatic or genuinely desperate, they started to look to avenues unpermitted by God for procreation. Their rationale was that they knew for certain, from their “all-seeing” cave in Zoar, that no other man was available. After all, their world had just been destroyed. They were the only survivors. What world could there be outside of Sodom and Gomorrah?

This myopia exists today, where many young people shop for spouses and relationships unpermitted by God. Whether it is extramarital, premarital, homomarital, solomarital, or whatever-marital outside the bounds of Scripture, we justify the relationship because “there is not a man (or woman) in the earth.” We claim omniscience in the midst of our nearsightedness and false hope in the midst of hopelessness. Our romantic visions of the perfect spouse, the perfect life, with the perfect conditions are imagined and God is seen as the barrier to attaining this happiness.

The daughters may or may not have been familiar with their father’s cousin’s miraculous birth story. Abraham was dealing with the similar issue of preserving his future seed. Like his grand-nieces, Abraham failed to trust God’s plan which led to the birth of Ishmael. Rather than having God fulfill His Word or entertain the possibility of honorable and noble singleness, the societal value of preserving the next generation was their ultimate goal. Perhaps it was rooted in economic security, social recognition, cultural validation, anthropological survival, sociological conditioning, or out of simple panic.

Today we have grandiose narratives that run amuck through media, entertainment, education, and culture. We seek to “preserve seed” at any cost, demanding spouses so we can be like X, kids to be like Y, and homes to be like Z. But our future visions don’t extend years and generations out. They are myopic. “I must have a degree, a job, immigration status, health, wealth, beauty…this one thing to be happy.” Albeit not through incest, we “preserve seed” in other ways, just as seedy (pun intended). Just as their grandaunt Sarah used Hagar’s body as a proxy to bring about the promises of God, because of doubt, these daughters of Lot manipulated their father and used his body to their ends.

This phrase is repeated four times throughout the narrative. Evidently, the ruse was so appalling that Lot’s sense of morality had to be overcome by chemical means. After all, if it was so logical, why wouldn’t there have been consent given without wine? In this warped scenario, the two daughters drug their father with alcohol then sexually assault him. Lot was so out of it that he did not perceive when both daughters lay down and rose up.

One wonders where they got wine to begin with, while living in a cave. Regardless, the older daughter seems to convince the younger to follow through—all made easier by the absence of their father’s sobriety.

In the end, confusion coincided with the usage of alcohol. Throughout Scripture, alcohol always seems to include deviating from the will of God—reason and judgment is bypassed for ulterior motives. Today, with the plethora of other chemicals and psychotropic experiences, how are the sense of rationale and the voice of the Spirit being drowned out and muted?

On the one hand, Lot’s firstborn daughter reasons that her father is biologically too old. He had lost his wife and was too old to find another wife, have another child, and hope to have a son. But on the other hand, she contradicts herself, saying that this man, though old, is the only male biologically qualified to provide the genetic material for procreation.

Perhaps she is emphasizing, not that her father was physically old, but that his thinking was old. His “righteous” bearing would have halted his daughters’ plans. So she explains that, “Dad’s system and values are old. Mother has died and time is pressing because we will soon also be old. The old ways don’t work anymore. God is old. Let’s embrace the new.”

Every generation hails its own values as the new. Many young people have sought to usher in a new system of values that would bring more freedom and happiness. But history and Scripture both attest that there is nothing new under the sun. While the principles and opinions of man have risen and fallen, the Word of God has stood the test of generational shifts and proven to provide happiness, security, and joy to all those who follow its precepts.

What is almost comical is that the entire scheme was concocted and executed in a cave. How did they dwell there? Where did they get the wine?! Whereas just verses before they were living in a cosmopolitan and sophisticated society, rich with luxury and materials, now they romanticized the future course of their descendants; they predicted the future progress of their people; they carved out their own destiny—all from a cave.

Rather, the influence of Sodom and Gomorrah took an even stronger hold of them. The education curricula at its boarding schools, the implicit presuppositions in its social media campaigns and forms of entertainment, and the innate values and ambitions in the culture were still in the two daughters’ minds.

They made assumptions about men and women, assumptions about gender, family, sexuality, history, biology, anthropology, and religion based on Sodom and Gomorrah’s values. This impacted their ethical matrix, causing them to simply act from what they had heard all these years. “Everyone is doing it. Everyone thinks this way. This is what we have learned from birth.”

The silence of Lot is disturbing. At least, Noah awoke from his wine and knew what had happened to him. At least, the drunkards get sober and realize something. But the silence of Lot…Perhaps it was the trauma of losing wife, city, and family. Nine months later, grandfather becomes father again.

These children, born out of incest, plagued the descendants of the Israelites for generations. The names Moab and Ben-ammi mean “out of my father” and “son of my people,” respectively. Because of the foolishness of one daughter, who in turn influenced the younger, the account of their incestuous inception seems to follow these peoples for the rest of history.

The Bible mentions this to show that there are and there will be consequences for sin. The Moabites and Ammonites were the cruelest enemies of Israel (Judg. 11:9, 18; Numbers 25; Deut. 23:3, 4; 1 Kings 11:7; 2 Kings 23:13; Ezek. 25:8–11; Zeph. 2:8, 9). They plagued the Israelites with all manner of temptations and strife. They were continually problematic, enticing Israel to idolatry and evil. This, all due to the reasoning of a daughter of Lot.

But there is hope! There is another daughter of Lot that emerges later on in history. Not an immediate daughter, but a Moabitess named Ruth loses her husband and also has no children. Rather than make the same mistakes as her founding mother, she rejects the ways of her people and bonds with the people of her mother-in-law, where the Messianic line is promised through (Ruth 1:15, 16). Instead of finding her own means of happiness, her own qualifications in a spouse, or her own course of life, she trusts in the Lord.

And trusting in the Lord profited her well. The romantic narrative of Boaz and Ruth is worth another blog in itself. But in short, as long as this daughter of Lot chose the Lord’s will, all was good. In other words, as long as Ruth chose Boaz, redemption would be found. Boaz was her kinsman—another relative, but a rightful one, a kinsman redeemer, not of her father, but of her mother-in-law Naomi’s tribe. He’s the perfect man. She was bought, redeemed, restored, and later becomes a maternal ancestor to the Messiah, Jesus Christ!

Even if we have made the wrong choices, when we surrender to God, He can restore the present, heal the past, and promise the future! Today, we don’t marry people who are equally yoked. We consider 2 Corinthians 6:14–18 an antiquated principle. With so many people that we know who are marrying outside the faith, this has become an unpopular text. We justify not listening to this verse by saying things like, “there are no more men or women out there anymore.” In a sense, we commit spiritual incest, in finding relationships in places we shouldn’t be.

Despite any Moabite or Ammonite repercussions from any wrong choices we have made, God can change the end for the good, only if you let Him. Let us not look to people outside of God’s scope for us. Let us not preserve seed with our fathers. Rather, like Ruth, the latter daughter of Lot, let us follow the steps of Naomi to the feet of Boaz; to the foot of the cross.

November 2018 — How Thanksgiving Can Change The World

Through a short meal, the world can be changed, one invitation at a time. This is the gospel in action.

Whereas previous generations relied on institutions, structures, and membership for religion and spirituality, modern generations rely on technology, access, and networking. Though both have different pros, they have the same con—they cannot substitute the one-on-one experience with Jesus Christ. Corporate experiences, community initiatives, and digital movements excise the individuality, intimacy, exclusivity, privacy, accountability, and familiarity that comprise a real, spiritual relationship with God.