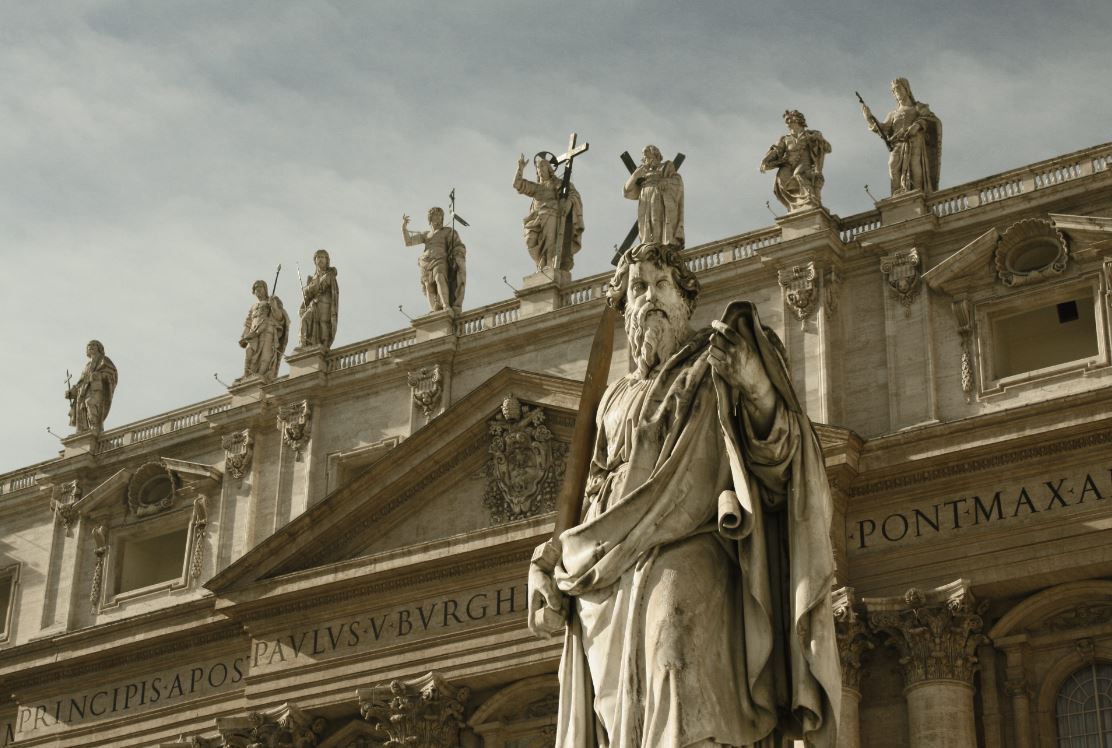 Though we may mock the primitive villages of the undeveloped world and the ancient temples of history for their belief in multiple gods, could it be that polytheism is now rampant more than ever? The Western world prides itself in having been freed from the ignorance of paganism and the incredulity of a pantheon of supernatural beings. We look disdainfully at the belief of anima and spirits in nature. The Abrahamic religions of Judaism, Christianity, and Islam champion monotheism, claiming to have brought humanity further in line with the reality of metaphysical truth.

Modernity has continued this crusade against the mystical one step further, disparaging against the belief in divinity at all. Monotheism was pushed over to make room for atheism. And just when secular modernity thought it would usher in a utopic age, humanistic science exploded into the atomic age, capitalism paid to see world hunger, medicine nurtured antimicrobial resistance, agriculture grew starvation, technology installed depression and anomie, industry manufactured pollution, education taught ignorance, sexual freedom gave birth to impotence of meaning, and governments were legislated into bureaucracies. So much for modernity.

What has perplexed sociologists is that of all ideologies, we are ironically thanking modernity for the ushering of the greatest religious age this world has seen. Whether it be Buddhism, Hinduism, Islam, Christianity, pantheisms, panentheisms, or ismisms, religion is now more relevant and observed than in previous centuries. Secularization has failed and sacralization has succeeded. But what is more interesting is that of all the worldviews, it is now polytheism that has emerged the victor, not theism. That which we have mocked, that which we thought to have left behind, has now come to light as the preeminent paradigm of the present.

The Greek gods and goddesses used to be fickle characters of myth. They had specialties that they had jurisdiction over. Zeus controlled power, symbolized by his thunderbolt. Hades was over death and the underworld, whereas Poseidon ruled trade, commerce, and the transport of the seas. Whether Roman, Greek, Norse, or another, these gods and goddesses are well-known. But rather than being forgotten to trivial history, these gods have now resurrected from the dead. What is dangerous is not their existence, but the replacement of their names into conceptual values.

Do we not today place our faith in the art of dominance and the sport of war like the followers of Ares? Do we not today lust after the lace and sensuality after the priestesses of Aphrodite? What are the Youtube followers of humorists, comedy, satire, and entertainment but mere followers of Bacchus? How about the technophilic temples of Hermesian communication? Engineering, innovation, and technology of Hephaestus, god of fire and blacksmithry? Music and the arts of Apollo? Foodies devoted to Demeter? Academia and wisdom of Athena?

In every form of media, the gods have their place: different channels on television, different stations on radio, different sites on the internet, different apps on smartphones, different sections in bookstores, different categories dedicated to different gods. What are the movies of today but the reflection of society’s values? Whether it be the pantheon of the Justice League, or the arrival of the Avengers, we are looking to a polytheism of values to worship, an American, or better yet, a Global Polytheism.

The Bible addresses the limitations and dangers of a de-God-ed idealogy. The problems of worshiping the god of wealth is found in James and 1 Timothy. The problems of worshiping the god of sexuality and its excesses is found in 1 Corinthians. Luxury in the book of Proverbs. Lawlessness in the Pentateuch. Power in the Gospels. Self-righteousness in Romans. Politics in Revelation. Postmodernity in Judges. Modernity in Ecclesiastes.

We don’t need Romanism to adapt paganism into Christianity anymore; secular culture is already doing that for us. We don’t believe in these mythical gods, but instead we impose what we are fixated on as our gods and goddesses.

What we need to do is uncover the real Jesus:

Who showed His power by His powerlessness;

Who though All-high showed His compassion on the marginally all-low;

Who destroyed death through death;

Who created even when resting;

Who showed victory not through dominance, but submission.

Jesus put the gods to shame. Jesus put our selfish desires to shame. And it is this shame that is the simple character of Jesus, never to be mocked by any society, culture, peoples, or worlds, but to receive our eternal praise and glory forever.

When it comes to the spiritual disciplines, reading is of utmost importance. There is nothing like reading—and good reading—that expands the mind and soul together.

This mimicry of God, or reflection, is the true fulfillment of our humanity, and it satisfies the cry for intimacy. This infinite potential is our destiny.

Even though we may not understand ourselves, we must keep walking and say, “I will follow thee, my Savior.” This is what Jesus did every hour of His life.