Hebrews announces that “of necessity there is also a change of the law” (7:12, NKJV), and “in that He says, ‘A new covenant,’ He has made the first obsolete” (8:13, NKJV). Most commentators rightly recognize that Hebrews 7–10 focuses primarily on the historical old (Sinai) and new (after Jesus came in history) covenants, and they thereby conclude that the historical new covenant makes the entire Sinai covenant obsolete. But 7:12 explicitly says that what necessitates “a change of the law” (NKJV) is the Old Testament “priesthood” system, representing the entire Sinai covenant ritual system.

Of the eighteen comparisons Hebrews 7–10 makes distinguishing these two historical covenants (MacCarty, In Granite or Ingrained, 251–260), seventeen of them concern the ritual system condensed into three categories: priesthood, sanctuary, sacrifices. 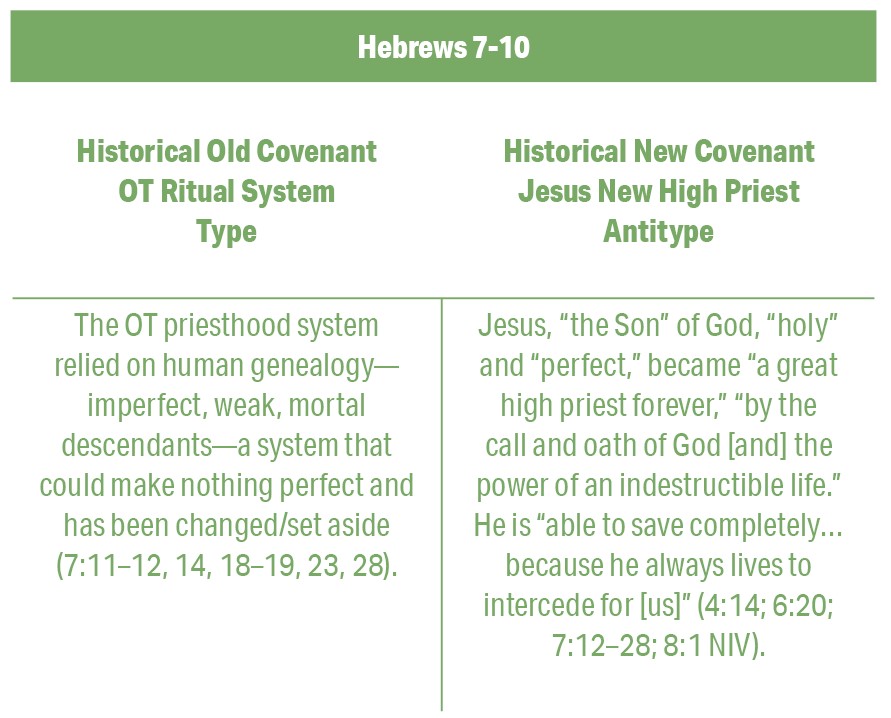 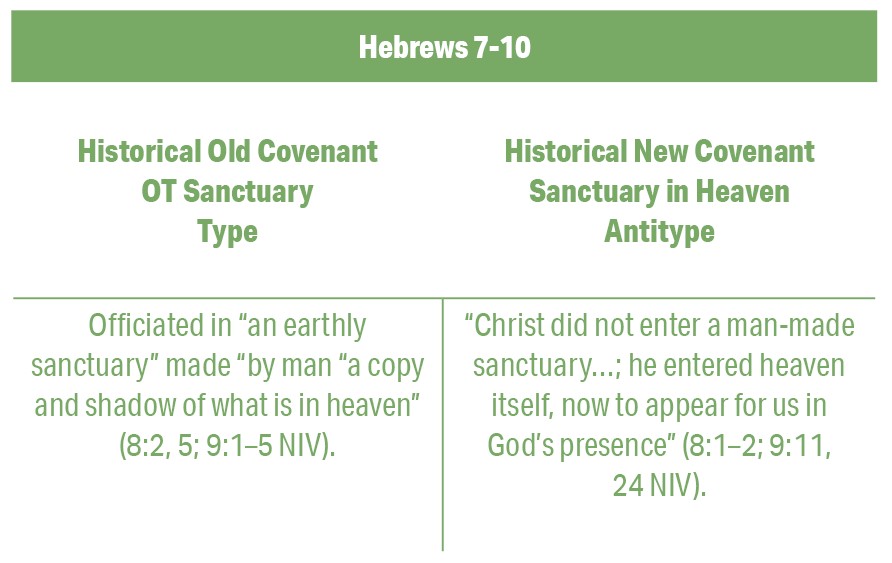 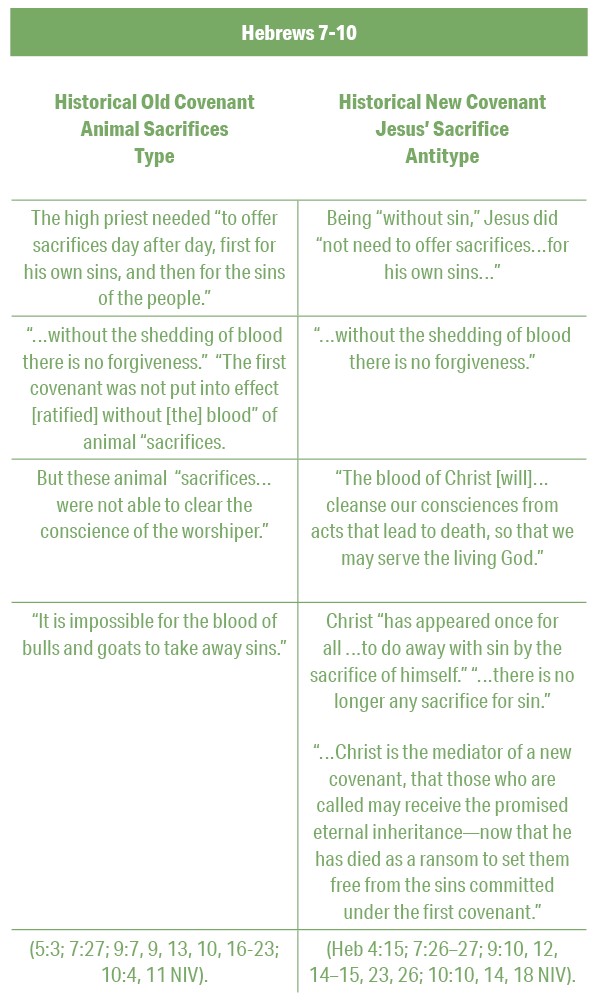 The Old Testament priesthood, sanctuary, and sacrifices (including the ritual feasts that depended on the sacrifices and sanctuary) were provisional, typical, “a shadow of things to come, but the substance is of Christ” (Col. 2:17, NKJV). Jesus offered Himself “once . . . to put away sin by the sacrifice of himself” (Heb. 9:26, NKJV)—Himself the priest, Himself the victim—becoming our new High Priest in the heavenly sanctuary for all time. That is the first big message of Hebrews 7–10.