Surprisingly, God does not list things here like a weak human priesthood or animal sacrifices that could not accomplish forgiveness, and so forth, or anything at all that directly pertains to the covenant itself which He made with His people. Rather, He explicitly explains where the fault lies: “Finding fault with them . . . I will make a new covenant . . . —because they did not continue in My covenant, and I disregarded them, says the LORD” (vv. 8, 9, NKJV, emphasis supplied).

Here, in straightforward, unambiguous language, God instructs us that when He thinks of covenant, and when Scripture speaks about covenant, He includes how people respond to the promises and appeals He made through the covenants as well. Furthermore, He refers to the three types of covenants covered from last week: the archetypal everlasting covenant and its origin in the nature of the Trinity; its adaptation in the covenant of grace designed to redeem humanity from the pandemic of sin; and to the historical covenants’ progressive unveiling of the full gospel throughout history.

An experiential old covenant may be defined as responding to the gospel by rejecting it outright or by accepting it outwardly only, complying with it legalistically to gain heaven and escape hell. It represents an unconverted life. An experiential new covenant is defined as responding to the gospel internally, from the heart, by faith in, and reliance on, the promises of God, resulting in an obedience that issues naturally through the indwelling of the Holy Spirit, who writes God’s law on one’s heart.

Paul describes his life before his conversion to Jesus as a life of “confidence in the flesh” (Phil. 3:3), religious to the hilt, obedient to the law from childhood up, confident that concerning a “righteousness, which is in the law [he was] blameless” (v. 6, NKJV; “faultless” in NIV). Though he was living in the new covenant historical era, he had an old covenant experience. After his conversion to Jesus, he considered his previous obedience “as rubbish” (NKJV) and accepted a new “righteousness . . . through faith in Christ, the righteousness that comes from God on the basis of faith” (vv. 8, 9, NIV)—a new covenant experience. 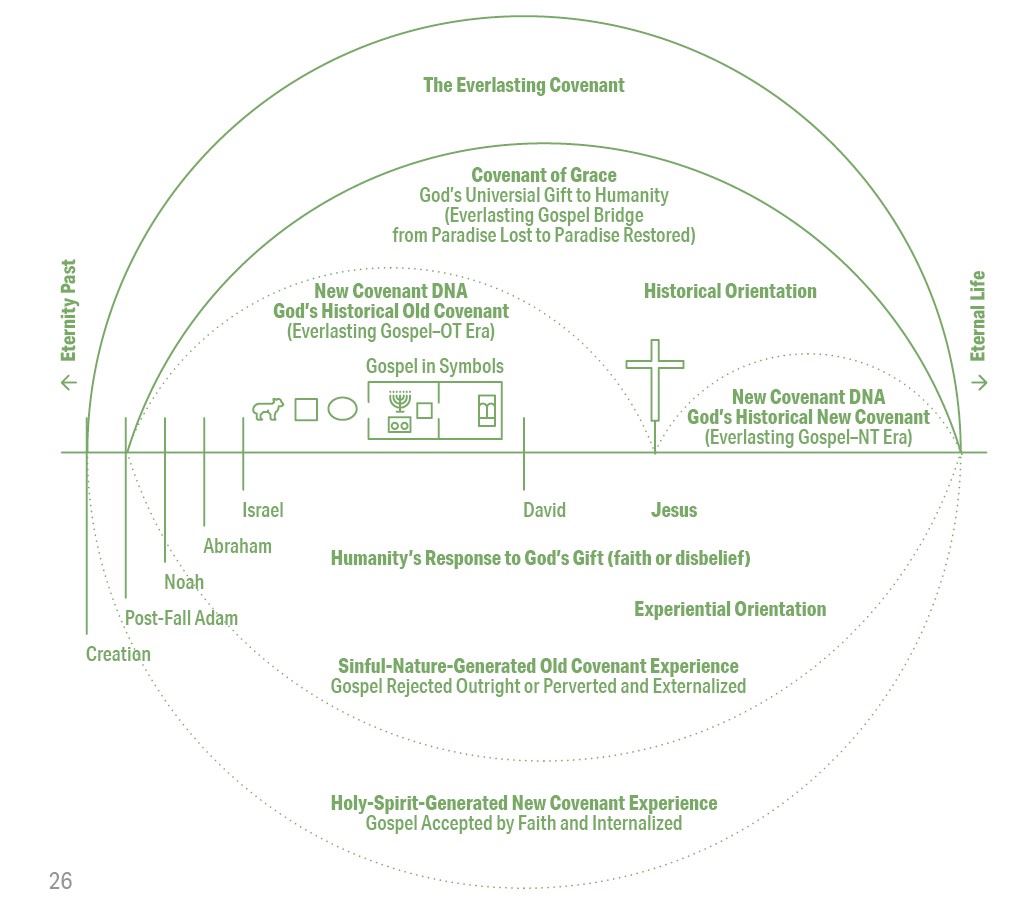